From Tuesday, December 12, 2017, our discussion of the season 8 mid-season finale which aired 12/10. We went quicker and concise for this one, but we’ll have a sad (almost) last look at our golden boy Carl, and what the second half of the season may hold for our ragtag cast of characters, including Rick, Negan, Daryl and the rest! Our final WDPS for 2017! 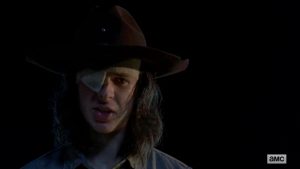